Personality of the Year

This award (nominated by our readers) aims to recognise those individuals that have truly made their mark in the UK pensions space. The winners will be announced at the awards ceremony on 27 February at the London Marriott Hotel, Grosvenor Square - book your table here

Pensions Age Personality of the Year 2020: meet the candidates 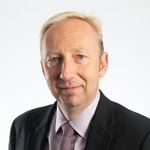 Chris Curry, Director, Pensions Policy Institute (PPI)
Chris Curry is the Director of the Pensions Policy Institute (PPI) with overall responsibility for leading and managing the PPI. Chris originally joined the PPI as Research Director in July 2002 and was responsible for the research programme for eleven years. At the PPI Chris has authored and presented a number of research reports analysing pensions (including state, private and public sector pensions), pension reforms and other provision for retirement income. Chris is experienced in presenting research findings to a wide range of audiences and to the media. In June 2019 Chris was appointed Principal of the Pensions Dashboard Industry Delivery Group at the Money and Pensions Service. Currently Chris is also a member of the Joint Expert Panel (JEP) that has been set up to examine the valuation of the Universities Superannuation Scheme (USS). The JEP is tasked with agreeing key principles to underpin the future approach of the University and College Union (UCU) and Universities UK (UUK) to the USS valuation. In February 2017 Chris was announced as one of the three co-chairs for the DWP AE Review Advisory Group. Chris led on providing advice on the theme of Contributions. The DWP published the final report in December 2017. Chris started his career as an Economic Adviser at the Department of Social Security (now the Department for Work and Pensions), before joining the ABI as Senior Economist. 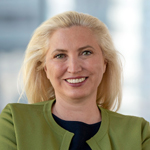 Fiona Frick, CEO, Unigestion
Fiona is the driving force behind Unigestion’s ambitious growth strategy, which this year saw it expand its German and Southern Europe presence. She has been instrumental in creating an open culture within Unigestion. Fiona pioneered Unigestion’s integration of the minimum variance anomaly in 1995; it has remained at the heart of the company’s investment processes. Fiona has played a crucial role in the increase of volatility-managed fund following the financial crisis. Fiona is one of the very few female chief executives in the industry. She plays an influential role across Europe and is a high-profile exponent of ESG investing via her role on the Sustainable Finance Geneva Board. Fiona holds an MBA from the Institut Supérieur de Gestion in Paris and a degree in Literature and Philosophy from the University of Dijon. 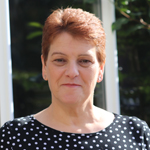 Debra Soper, Director of Pensions and Chief Operating Officer, Civil Service HR (CSHR)
Debra has devoted more than 32 years to working in the pensions industry and has a wide range of experience including in-house and outsourced schemes, and both private and public sector schemes. Debra joined the Cabinet Office in 2016 and immediately set about defining the vision for the scheme and driving through programmes to achieve that vision. Debra is extremely passionate about people and using her own experiences has mentored over 15 people over the past two years to help them achieve their career goals. Debra is also an active participant in the wider pensions industry, previously sitting as a Director on PASA, now an active participant on PMI. Over the past year Debra’s key achievements within Pension specifically (towards achieving the overall scheme vision) include an extensive and innovative data cleanse project, using bespoke technology to cleanse over 400,000 members’ records; an extensive streamlining of monthly interface data; comprehensive root and branch internal administration process reviews; an employer engagement programme reaching all of our 356 government department employers; and an enhanced member engagement programme aimed at circa 1.2m Scheme members. 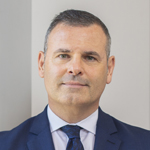 Damian Stancombe, Partner, Barnett Waddingham
Damian wants to create a better landscape for people through pensions. Anyone that knows Damian will testify that he passionately believes that if you’ve worked for over 45 years, you surely deserve a good retirement. Championing the concept of saving for ‘today’, ‘tomorrow’ and the ‘one day’, Damian’s humanist, creative and unique approach has been prevalent through his almost 30 year career in pensions, something which is still with him in droves and doesn’t show any signs of fading. No one can doubt Damian’s passion to put the member squarely at the heart of a pension scheme. This is clear through everything he has achieved throughout his working life, including helping establish an award-winning DC team in Barnett Waddingham. Once this had been achieved, he ensured the team spread its wings into the following areas:

• driving a holistic approach to wellbeing consultancy, based on the ancient Greek philosophy of ‘Eudaimonia’ - a person's state of happiness and wellbeing, often described as 'human flourishing' (who else would steal from Aristotle?)
• founding DrumRoll, a creative agency designed to tell, teach and involve employees about financial options and workplace wellbeing issues
• establishing BWell Financially, to help employers tackle financial wellbeing and productivity for their employees
• creating Me2, an enhanced and multi-faceted digital engagement portal with a difference – where employees can learn, plan and play around retirement
• leading an award-winning team of talented and principled consultants as partner and head of workplace health and wealth at BW.

Damian’s prestigious career also included DC consultancy for some of the most well-known retail and construction companies and setting up some of the largest DC schemes in the UK. In his brief time in asset management, Damian was also involved in establishing the first fiduciary DC pension scheme. His unconventional approach delivers fresh ideas and creativity. Damian comments: “I’ve never quite felt at home in the pensions industry and I like that. I love what I do!” Damian’s enthusiasm and desire to deliver societal good makes him stand out in the industry for his commitment to what a pension should be there to do: help people.