The pensions industry should adopt three foundational messages to improve engagement amongst middle-aged savers, according to new industry research.

Unveiled at the Pensions and Lifetime Savings Association (PLSA) Annual Conference 2021, Small steps to a better future highlighted the common barriers to engagement among people aged 35-54 and how the industry can help overcome them.

The study, produced by Invesco, Invesco Consulting, Maslansky + Partners, and Nest Insight, found that half (50 per cent) of middle-aged people felt they could not afford to contribute more to their pension.

Furthermore, 40 per cent felt too overwhelmed to prepare better for their retirement, while just 20 per cent believed they were on track when it came to planning for retirement.

The researchers identified this group as a ‘squeezed generation’, whereby they were likely to be too young to have benefitted from defined benefit (DB) pensions and would only have been auto-enrolled mid-way through their working lives.

Over a third (35 per cent) of people in this age cohort did not know what steps they could take to better prepare for retirement, 20 per cent were unaware of where to get information about how much money they have in their pension pots, and 35 per cent felt “a sense of defeat” when they thought about retirement.

Nest Insight director of research and innovation, Jo Philips, commented: “People in their late 30s, 40s and early 50s are at a life stage when retirement is perhaps starting to come into focus. Yet, despite the efforts by pension providers to deliver messages and tools designed to encourage retirement planning, many people in this age group are not engaging with their pension savings.

“Through this research, we’ve explored whether alternative choices of language and message framing might help motivate people to take the first steps towards being in control of their retirement income, and make existing tools and support more effective.

"Overwhelmingly, we found that communications that meet people where they are, with empathy and reassurance, and make retirement planning feel manageable, can give them the boost they need to engage for the first time.”

The report authors found that three ‘foundational messages’ were a “vital part” of the solution: ‘You’re already on your way to having a retirement income’, ‘Start from today and plan forwards’, and ‘There are steps you can take’.

They found that people’s confidence can be boosted by knowing what they already have, having a better understanding of the gap they need to close, and realising they do not need to solve the problem all in one go, using the three fundamental messages.

According to the research, people’s likelihood in using online tools, such as retirement calculators, in the next six months increased from 29 per cent to 51 per cent after reading the messages developed in the study.

“Whilst we know that the actions people say they will take do not always happen in reality, the level of change in people’s stated intentions after seeing the optimised messages was quite striking,” said Phillips.

“These results give us reason to believe that communications using these foundational messages can help drive a positive change in the number of mid-working-life savers planning and preparing for retirement and help more people to achieve financial security in later life.” 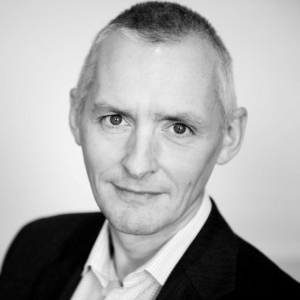 PLSA AC 21: Industry urged to use 'collective voice' to protect and nurture pensions